School of Mathematics and
Informatics 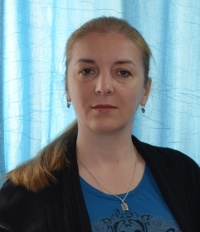 Post-graduate student of B.Verkin Institute for Low-Temperature Physics and Engineering of the National Academy of Sciences of Ukraine since 2007 to 2010.

Master of Science in Mathematics – 1996, geometry department of the faculty of mathematics and mechanics of Kharkov State University.

Teacher of mathematics and computer since 1996 to 2007

Researcher at the B.Verkin Institute for Low-Temperature Physics and Engineering since 2010 to 2012